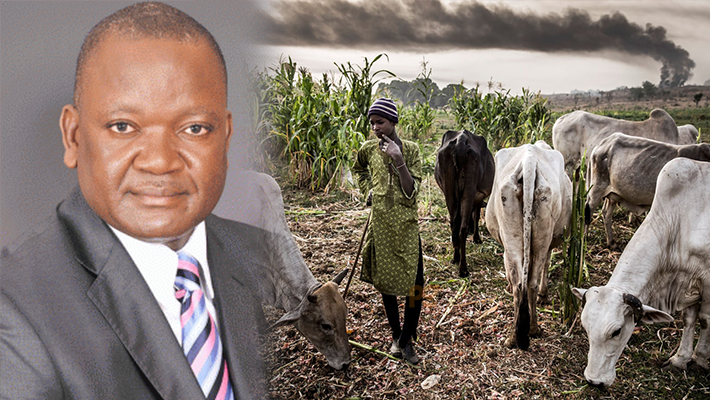 Governor Samuel Ortom of Benue has said lands are available for Fulani herdsmen who want to ranch their cattle in the state. Mr Ortom disclosed this on the 72nd birthday of Iyorwuese Hagher, a former Nigeria Ambassador to Mexico. The Commissioner for Education, Dennis Ityayvar, represented him at the event.

According to him, Benue people are historical friends of the Fulanis.

Mr Ityayvar stated, “His Excellency, Governor Samuel Ortom has explained again and again that we, Benue people are not against Fulani. We’re still friends.

“He has taken a decision now to be deliberate in explaining to people that the establishment of the anti-open grazing bill or law is a very progressive idea which is done in almost all countries of the world.”

The commissioner added that “those who have a lot of cattle are still using ranching.”

“Any Fulani person who wants to establish a ranch in Benue will have the land. Even if our chairman wants to start a ranch, he will get the land today,” said Mr Ityayvar. “We will give you land and start the ranch today so that people will see it as a model, and wherever we go, we want to correct the impression because if you read history, you will see that we have always been friends with Fulani.”

In March, Mr Ortom claimed that he was attacked by Fulani herdsmen while going to his farm.

In April, the Benue governor accused President Muhammadu Buhari of spearheading an alleged plot of the Fulani ethnic group to take over Nigeria.

“What is happening now, to me, is very clear; Mr President is just working for these Fulanis to take over the whole country. His body language is what is being played out. The body language, the action, and inaction of Mr President show that he is only the President of Fulani people; I have known this,” Mr Ortom had claimed. 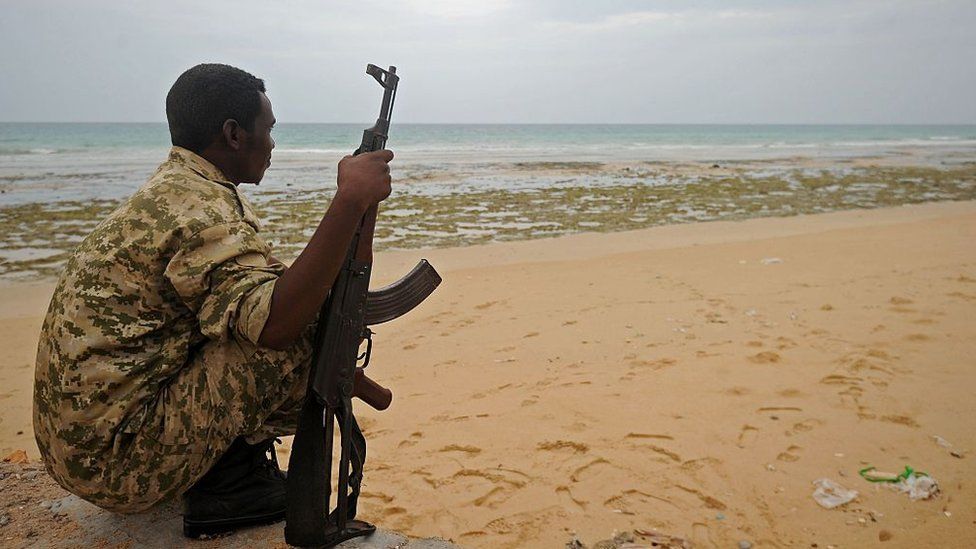 Twenty-one men have been executed in Somalia’s semi-autonomous state of Puntland after they were convicted of being members of the Islamist militant group al-Shabab. They were sentenced by a military court in Galkayo and shot by a firing squad. State radio said 18 of the men had carried out assassinations and bombings over more than a decade.

As they were being executed the group attacked a town in another part of Somalia, reportedly killing soldiers. Similar death sentences have been handed down by courts in other parts of Somalia before. But this is reported to be the largest number of executions of al-Shabab members ever in Puntland. The authorities in Puntland had vowed to bring to justice any members of al-Shabab or people found assisting the group in its attacks.

Al-Shabab controls much of the country’s southern and central parts, and research published in October by the Hiraal Institute said the militants raised more cash than the Somali government. As the executions were being carried out on Sunday, al-Shabab fighters stormed the town of Wisil in the Mudug region. There are some reports that at least 20 soldiers were killed when an army base was attacked.

Jihadists, operating like Nigeria’s Boko Haram and with links to Islamic State (IS) was responsible for two blasts in Beni, in Democratic Republic of Congo, the army said on Monday. The mayor promptly closed local schools, churches and markets in a tightening of security. The army said Sunday’s attacks bore the signature of the Allied Democratic Forces (ADF), which has used improvised explosive devices in the past.

No one was killed in the two incidents apart from the suspected bomber in the second blast, after an explosive device he was carrying went off at a busy intersection. Another explosive device was detonated earlier that day, injuring two persons at a Catholic church. The army’s accusation coincided with the publication of a claim by the ultra-hardline IS that it had carried out the attacks, saying the blasts had killed two persons.

It was not possible to independently verify the claim, made through a verified IS-related Telegram channel. IS had claimed dozens of killings blamed on the ADF in the last three years. Congo’s communication ministry said on Twitter a “suicide bomber” was responsible for the second blast, which detonated prematurely. The army identified the bomber as a Ugandan national.

“We have arrested two suspects who were with the bomber and it is thanks to them that we have been able to identify him,” said Anthony Mualushay, an army spokesman.

Pierre Boisselet from the Kivu Security Tracker, a group that maps unrest in eastern Congo, said he had not heard any reports of a suicide bombing in Congo before. Improvised explosive devices have been used previously by the ADF, a militia blamed for killing hundreds of civilians in the area over the last two years. But the secretive group rarely claims responsibility itself for attacks.