A military chopper with passengers on board has crashed and burst into flames in Kajiado County on Thursday, June 24. According to a statement by the Kenya Defense Forces (KDF), the plane is an Mi 171e Air Force Helicopter and crashed at around 9 am.

“It was on a training mission and crash-landed at the Ol Tepesi area in Ngong, Kajiado County. Rescue missions are underway,” reads the statement in part.

According to a raw footage posted on social media, a huge smoke can be seen emanating from the plane.

At the time of publishing, it was not immediately established how many passengers were onboard the plane and their fate.

The plane, however, is reported to have a capacity of 24 passengers.

Kajiado West Deputy County Commissioner Moranga Morekwa confirmed the incident, adding that he was heading to the scene.

BREAKING NEWS: A military chopper with passengers on board has been confirmed to have crashed and burst into flames in Kajiado County on Thursday, June 24.https://t.co/33UBYSGXkn pic.twitter.com/IcDAdUbLbJ

At Least 80 People Killed in Airstrike in Ethiopia 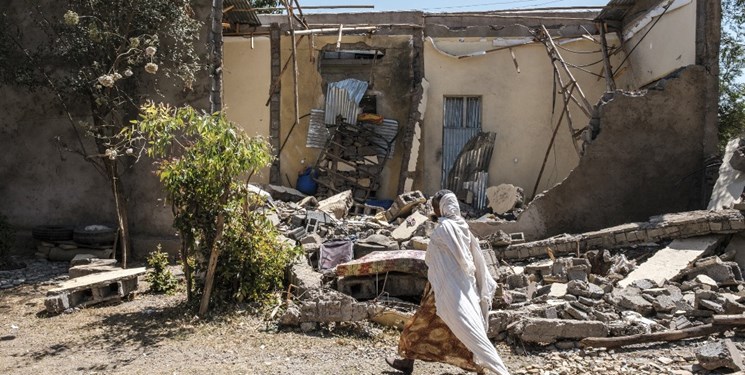 80 people in Northern Ethiopia have been killed in an air attack on a busy market amid renewed fighting after a brief lull in the violence-wracked Tigray region, local media reports quoted UN sources as reporting.

The air raid hit the town of Togoga, Northwest of the Tigray capital, Mekelle.

An unnamed UN official told the press that ambulances operated by the Ethiopian Red Cross had been denied access to the site of the strike. The International Committee for the Red Cross confirmed an “ongoing operation” on the scene.

Ethiopian Military Spokesman Colonel Getnet Adane announced that airstrikes were a common military tactic and that government forces do not target civilians.

Residents reported that the Tigray People’s Liberation Front (TPLF) had entered several towns North of Mekelle in the past three days.

Tigray People’s Liberation Front governed Tigray until it was overthrown by a federal government offensive in November. The subsequent fighting has killed thousands and forced more than two million people from their homes.

While the United Nations has announced all sides have been accused of abuses, Ethiopian and Eritrean soldiers have been repeatedly accused by witnesses of looting and destroying health centres across Tigray and denying civilians access to care.

This month, humanitarian agencies warned that 350,000 people in Tigray are facing famine. Aid workers have stated they have been repeatedly denied access to several parts of the region by soldiers.

The government of Prime Minister Abiy Ahmed says it has nearly defeated the rebels. But forces loyal to the TPLF recently announced an offensive in parts of Tigray and have claimed a string of victories.