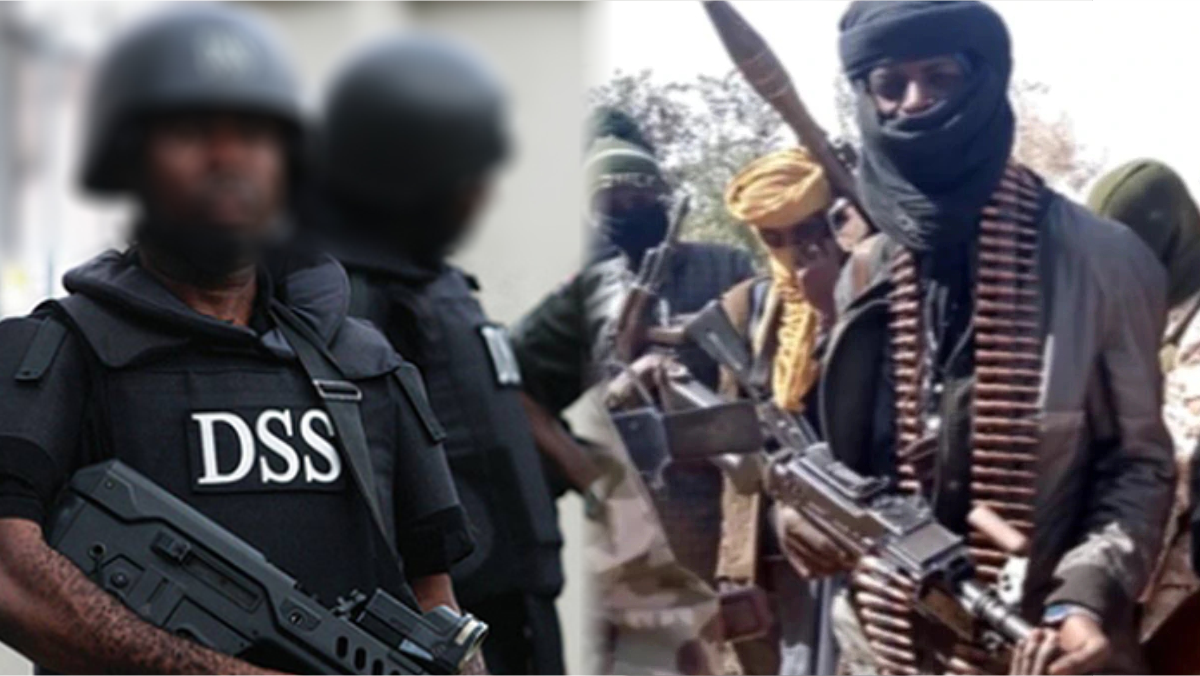 Armed bandits terrorising different parts of Nigeria have disclosed that they have been receiving arms and ammunition from operatives of the State Security Service and often split ransom payments received at gunpoint.

The criminals told Deutsche Welle in a recent report that they “borrow weapons” from the state agents and then go to work to share ill-gotten gains together.

The bandits also said some police officers have been a part of the conspiracy that has fueled insecurity across Nigeria which President Muhammadu Buhari has been accused of being too lazy to address.

A spokesman for the SSS did not return a request seeking comments from Peoples Gazette about whether or not the secret police was aware of a possible alliance between its officers and armed bandits wreaking havoc across the country.

The report surfaced amidst widespread claims that Nigerian security forces are fueling insecurity for financial benefits. In 2018, Theophilus Danjuma, a former chief of army staff, said the Nigerian military and other state agents were actively supplying weapons to violent criminals waging a war against minority rural settlers in Nigeria’s north-central.

The Buhari administration denied the allegation, but several indications have emerged repeatedly since then that appeared to show that the government was not as concerned about the raging crisis.

Last week, Mr Buhari warned Governor Samuel Ortom of Benue, where armed militia elements have killed thousands and razed hundreds of villages since Mr Buhari assumed power in 2015, to either accept the controversial ruga policy or continue to endure violence with his people.

Last month, Mr Buhari also stood Isa Pantami, one of his cabinet ministers who was recently exposed as a hardline jihadist and lover of Osama Bin Laden, Al-Qaeda and other groups and persons long associated with terrorism.

Ohanaeze: Shoot at sight order to soldiers on Igbo youth a call for another genocide

Ohanaeze Ndigbo has frowned against the ‘shoot at sight’ order given to the Nigerian soldiers on how to engage the Igbo youths in South East Region.

The President-General of Ohanaeze Ndigbo, Prof. George Obiozor, stated this in a statement made available to Journalists by its National Publicity Secretary, Chiedozie Alex Ogbonnia, in Enugu on Monday.

Ohanaeze Ndigbo warned that Shoot at Sight Order to soldiers on Igbo youth is a call for another pogrom and genocide.

He thereby urged the federal government to refrain from the use of force in resolving the present national crises.

He said, “History shows that military and violent means to solve the national question is bound to fail as it leads to further national fractionalization, anarchy, and eventual or inevitable disintegration, as in all Empires or multi-national states or countries”. Obiozor warns:

“The Sahara Reporters, May 8, elaborated on the new secret plan of shoot at sight order which by the grace of God has come to the public domain. The report further revealed that the exercise will commence from Orlu in Imo State, southeast Nigeria.

“This is very disturbing. The pattern of deployment of northern military officers to the South-East lends credence to the above report.

Obiozor lamented that “subnational consciousness or ethnocentric nationalism which is a dangerous form of nationalism to national unity has taken over Nigeria”. And that “the dream of Nigeria unity is receding and fading fast with violence, crises and conflicts”

“Ohanaeze Ndigbo is unequivocal that the current problems confronting Nigerian, eg ethnic militia, agitation for secession, insurgency, etc are a product of sustained orchestrated injustice in governance. For instance, Senator Shehu Sani, the former senator for Kaduna central, vehemently decried that the Igbo have been systematically marginalised since the civil war.”

“Every right thinking Nigerian, who loves the corporate existence of Nigeria, should align with the Shehu Sani position. The problem with Nigeria in general and the Igbo, in particular, is located in injustice and the simple solution lays in manifest dialogue, equity, and justice,” he said.

The Nigerian Army has said its soldiers shot dead four bandit commanders and 48 other bandits in a clearance operation in Zamfara State in the North-West region of the country.

The army stated on Monday that it also rescued 18 persons held hostage by them in the first phase of its newly launched Operation Tsare Mutane, to flush out the criminals.

The Director, Army Public Relations, Brig Gen Mohammed Yerima, in a release obtained by SaharaReporters, said, “Troops of 8 Division, Nigerian Army operating in Zamfara and adjoining states made tremendous progress in the ongoing fight against banditry and other violent crimes in the North West. The division had earlier launched Operation Tsare Mutane following the directives of the Chief of Army Staff for the division to stabilise the area in order to facilitate the return of socio-economic activities.

“The General Officer Commanding of the division, Maj Gen Usman Yusuf launched the first phase of Operation Tsare Mutane which lasted from 23 March to 2 April 2021 in Maradun LGA of Zamfara State.

“The troops successfully cleared many bandits’ camps in Jaya, Kadaya and Bayan Ruwa amongst several others. The troops successfully neutralised 48 bandits while the bandits leader in the area, Jummo, sustained gunshot wound to his leg. The troops rescued 18 kidnap victims from the bandits’ enclave. Moreover, eight AK-47 rifles and one G3 rifle, as well as one PKT and a Machine Gun were recovered from the Bandits.

“Meanwhile, in continuation with the second phase of Operation Tsare Mutane, troops sacked several other bandits’ camps around Gabiya, Bozaya and Mereri and the adjoining forests in Maru LGA of Zamfara State from 19 April to 3 May 2021. The areas which were heavily infested by bandits were successfully cleared by the highly spirited troops. Key bandits’ leaders including Yellow Mai-Bille, Sani Meli, Dan-Katsina and Sama’ila Bakajin Bari were neutralised in the process.