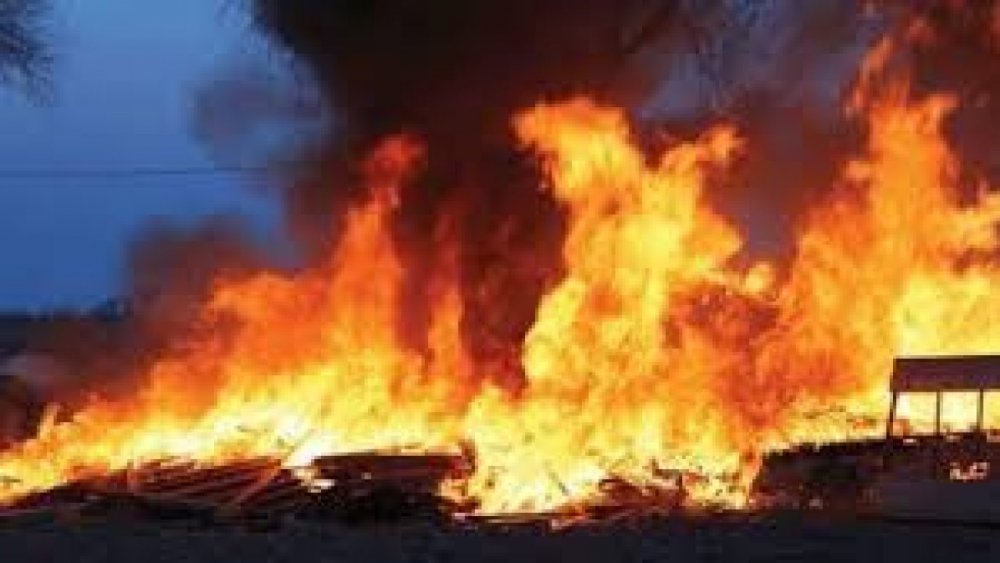 Kano State Fire Service says it has put out the fire outbreak that razed 11 offices in Army Bukavo Barrack in Kano.

Saminu Yusuf, the Spokesman of the service, made this known, in a statement, on Friday in Kano.

Yusuf said the fire, which occurred about 9:10p.m, also destroyed four stores and toilets in the building.

“On receiving the information, we quickly sent our rescue team to the scene at 9:19p.m.

“The fire was put under control and no live was lost,” he said.

He added that the cause of the fire was being investigated.

He urged the public to keep fire extinguishers at home and offices to curtail fire incident.

Precious Chikwendu, a former beauty queen and estranged wife of former Minister of Aviation, Femi Fani-Kayode, has hit back again at her former husband, saying he could share the videos of her alleged infidelity in marriage after seven years which he claimed he had.

Chikwendu, in a release she personally signed on Thursday, noted that she had never had an extra-marital affair and on the contrary, Fani-Kayode “brought strange women into our matrimonial home at the slightest opportunity.”

Last Friday, Chikwendu had also explained before a FCT High Court in Apo, Abuja, that Fani-Kayode, her ex-husband beat her up on several occasions even while she was pregnant.

She had, therefore, demanded full custody of their four sons, aged five and three.

But Fani-Kayode had fired back the following day in a release by his aide, saying Ckiwendu had mental issues and once cut two people with knives while trying to kill him and their four children.