ON NIGERIAN PASTORS AND PRIVATE JETS: The Craze For ‘Men Of God’ To Belong In The Caucus, Why Aren’t Muslims Buying Theirs? The news media and the social websites like Facebook, Twitter and a few Nigeria online gateways have been buzzing since Sunday, April 21, 2019, after reports emerged that the General Overseer of Omega Fire Ministries International, Apostle Johnson Suleman, had joined the rarefied ranks of Nigerian ministers who owned personal jets. Ever since the number of Nigerian Pastors who possesses private jets increased by one, this intriguing issue on TV, papers, social media and on everyone’s lips this week has been filled with the words “personal jet”. From that point forward, discussions have sprang up with many scrutinizing the right of a pastor to own a personal jet.

Nigeria is such a pitiful nation with more than 100 million individuals living in destitution, malnourished physically and spiritually.  It is where children die  in a large number, each year, from preventable illnesses and hunger. I would think a minister who has prioritized God and heaven above the world and its thrills would hesitate to buy a private jet. What’s more, to squander cash flying first class?

Nigerians as a whole realize it isn’t cheap to own a personal jet. By and large, it costs a huge amount of dollars yearly to keep up a personal plane. Most Nigerians grimace at such outrageous showcases of extravagance, especially the way  their pastors flaunt their wealth, given that 60% of Nigerians still live beneath the destitution line. 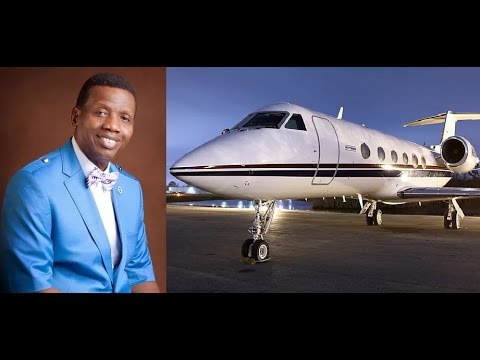 Ironically, individuals who lament about the lavish ways of life of their pastors are also the ones who fund it. Each Sunday, swarms of worshippers hurry to the church to give away their hard-earned money to the ministers’ coffers as tithes, offerings and special gifts with the misguided hope of duplicated financial blessings in return. For some, this is nevertheless a pipe dream. Deep down, the ministers grin secretly; they’ve got just the perfect suckers.

When a Nigerian Pastor buys a private jet and the church releases a statement that the jet is meant to propagate the gospel around the world, I am amused. Flying to Europe and America to Propagate the gospel right?
Very interesting!

Soon after the news about Apostle Johnson Suleman broke, the presiding Bishop of the Living Faith David Oyedepo revealed that his congregation is anticipating purchasing more flies to help God’s work. Talking about the advancement, Bishop Oyedepo noted that Winners chapel is planning to acquire more jets for its pastors to make the work easier for them.

“I’m glad when the media insists we have 8 aircraft….but very soon, all our pastors will be flying and we’ll have (aircraft) hangars in all the airports in Nigeria”.  It thrills me anytime I hear our pilots requesting clearance to taxi to DOMINION Hangar….I think to myself ‘who dash monkey banana? A church also having a hangar? Even (Air-Traffic) Controllers always tell him to ‘help us greet Papa oh’.”

Presently this reaction really appears to be amusing and in the meantime inciting. How many mouths do you think just the cost to maintain one of these hangars would feed? In the meantime, we can not deny that places of worship have framed the propensity for having programs and revivals during the work hours. Does anybody stop to consider the end result for their business and jobs when the congregation leave to attend these programs? About how this effects and diminishes efficiency?

Pope Francis was gifted a Lamborghini, he promptly blessed and handed it over to be auctioned off and the money given to charity…

A Nigerian pastor just took delivery of a private jet weeks after admonishing his members to devote their wealth to helping the needy… pic.twitter.com/nXzbrlKyTb

The World Bank has announced that Nigeria has one of the world’s highest economic growth rates, averaging 7.4 percent and poverty rate at 33.1 percent. However we are one of the most religious group of people anyone will ever meet. We fill up the churches every day of week if necessary but nothing is changing. 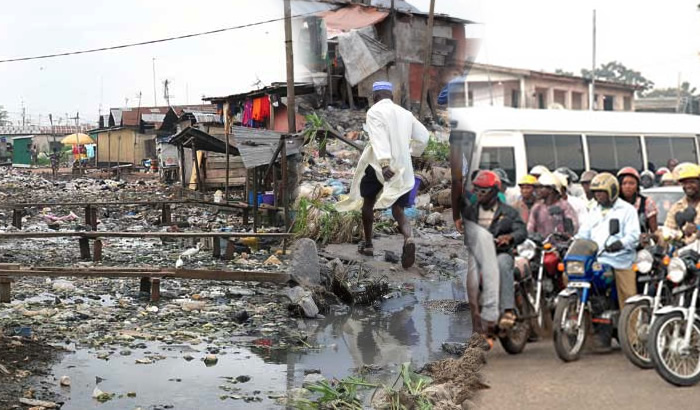 Nowadays, no less than one church can be found on pretty much every road. Yet the poverty rate is still is insanely high. It can be said that Nigeria is where the church (religion) and poverty gladly exist together with each other. This clarifies why we have ministers that continue getting richer and richer while the destitution rate among its gathering is something different. Individuals are still poor while their pastors are purchasing personal jets, cars and lavish properties every other month. Religious leaders certainly need to do more to alleviate the poverty rate. On the off chance that they don’t, at that point, then, they are clearly contributing to the terrible situation.

Only Nigerian pastors have private jets. Why are they obsessed with private jets in the midst of extreme poverty and hunger? https://t.co/NHqGaS2DXF

Another major religion practiced in Nigeria is Islam. Now I’m not trying to stir a hornet’s nest but let us just consider the facts. I can’t seem to name any muslim religious leader with a private jet in Nigeria. Why is this so? In contrast to the Christians, it would appear the Muslims don’t need to pay ‘tax’ to worship or go to mosque service. Additionally, muslims don’t need to associate themselves with a mosque the manner in which a christian belongs to a church. A christian is quick to guide you to “his congregation” or ask you where is “your congregation”? This feeling of having a place with a name or building is the thing that makes it simple for cash making pastors to trap the clueless. A muslim on the other hand worships at any place and in any mosque. 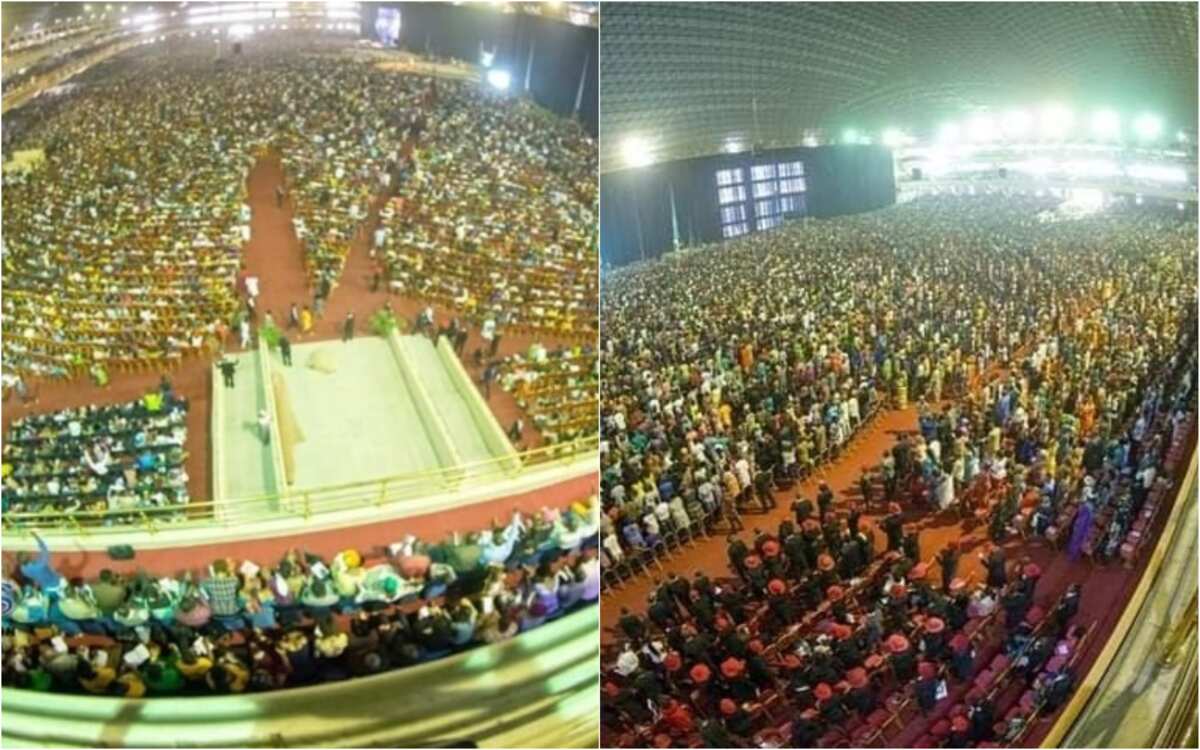 Another thing observed is that ministers offer themselves and pull in supporters by making a religion following. They give themselves titles they can’t prove like “prophet” to guarantee a unique position. In islam if any imam or preacher considers himself a prophet, he is damned! After Muhammad (sa) there is no prophet!

We know pastors ‘claim’ spiritual powers. They utilize their “miracles” and breakthrough adverts to draw in a following. This obviously would in turn make some unfortunate Christian want to draw nearer to the minister since he is “powerfully filled with anointing”. It is simply the law of marketing and advertisement being employed here. With that, the minister has an item he is pitching to you and in that manner you believe you need him and are obligated to him. Your spiritual prosperity would now rely upon how great your “spiritual specialist” is. 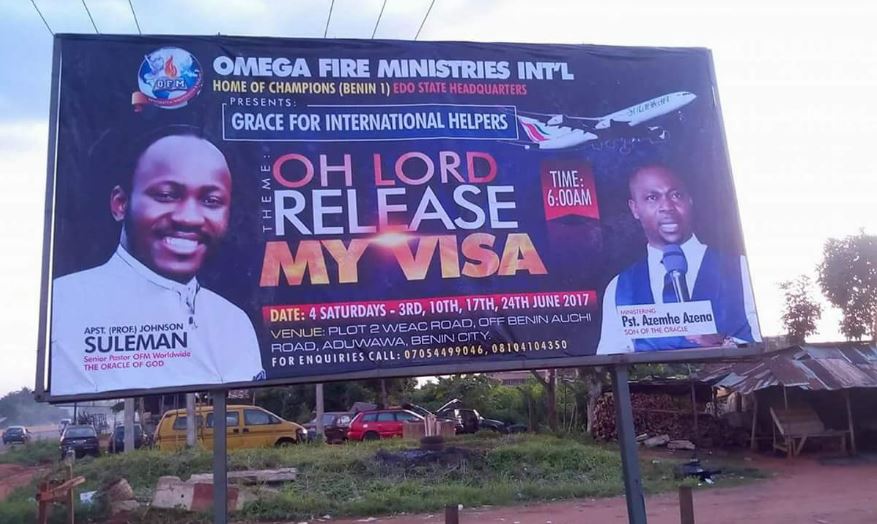 It is extremely unjustifiable and ungodly to leave individuals dying from hunger while you utilize the cash you drained from them to ride personal jet. Truth be told, a few ministers are now helping and doing great yet the reality remains that with the dimension of destitution in Nigeria, more can be spent eliminating poverty than parking a personal jet some place. On the off chance that you should fly in comfort, you can undoubtedly charter a plane as opposed to putting much in at least two planes you call your very own. 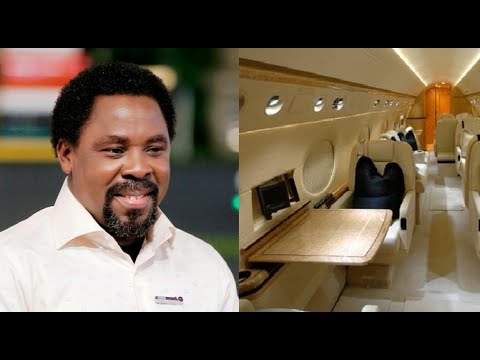 Houses of worship have turned into the same as organizations owned by businessmen. The ministers are running businesses in selling religion. Yet, we are instructed against being confined by worldly desires and material things. Of course, there is no harm in making the most of your cash or deriving pleasures, yet these leaders should show others how its done and be reasonable in living and especially burning through cash entrusted to them. There is a huge gap between spirituality and actual faith in God. There is the conviction that the love of money has assumed control over Christendom, rather than the proclaiming of preaching of undiluted gospel of salvation. For what reason do you think there is a shift towards prosperity preachings?