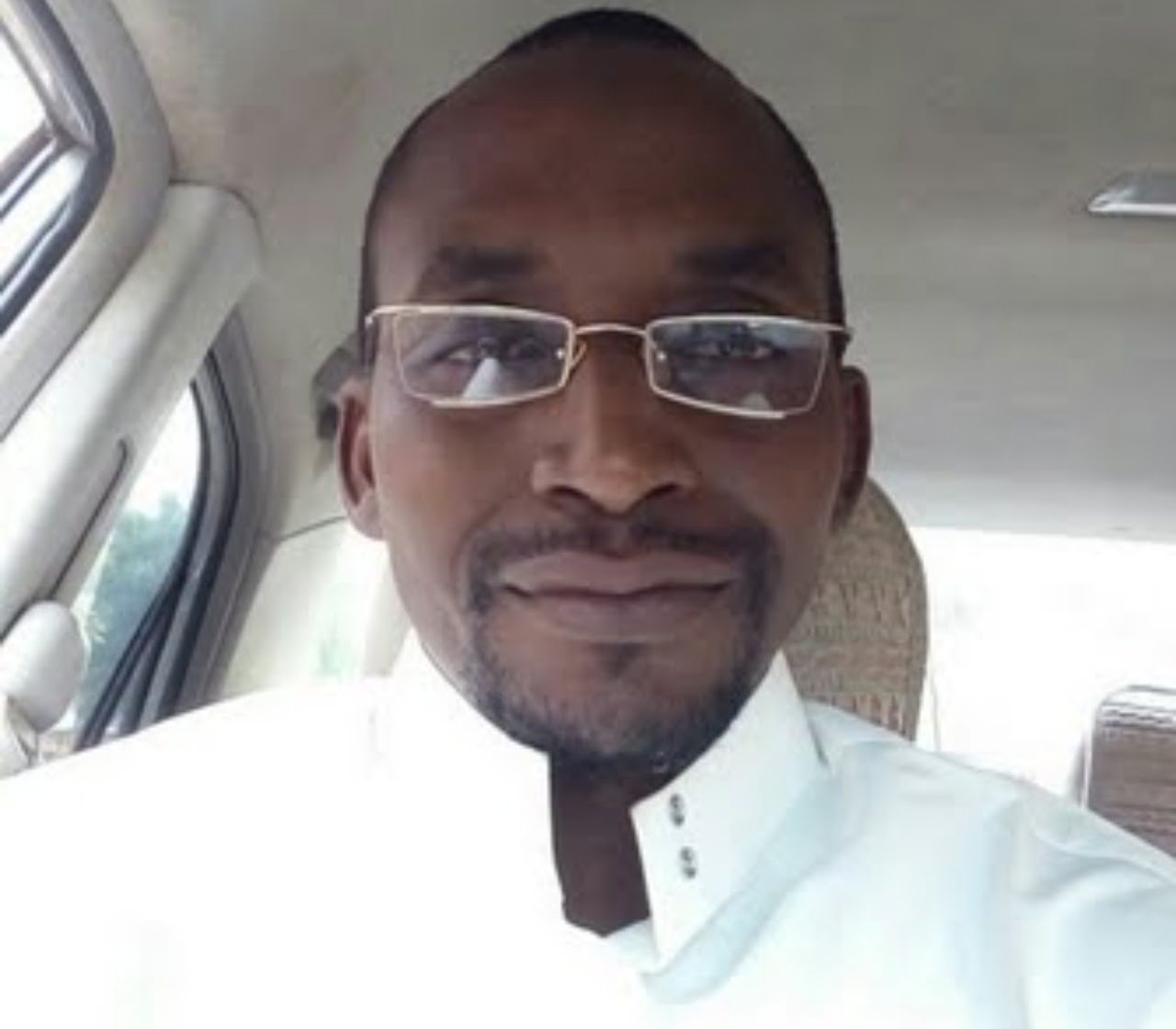 A famous journalist in Adamawa State, Ibrahim Abdulaziz, has died in a road crash.

Abdulaziz who was a prolific writer representing Voice of America (VOA) and Premium Times in Adamawa State, also presented programmes on the channels of Gotel Communications, a radio/TV broadcast station with headquarters in Yola.

Abdulaziz, who was the immediate past assistant secretary of Correspondents’ Chapel in Adamawa State, was last seen by his fellow correspondents at the Correspondents Chapel Gallery in the Deputy Governor’s Office complex, Yola, on Thursday, February 4.

As his colleagues were leaving for the Yola International Airport as part of the convoy to receive visiting Rivers State Governor Nyesom Wike, Abdulaziz had left instead to Gotel Communications, saying he had a programme to present.

His colleagues were therefore shocked to learn less than 24 hours later that he was dead.

Multiple sources said Friday evening that he died in a road crash around Alkaleri, a town in Bauchi State, where he was said to have gone for a wedding ceremony.

In a statement Friday evening, the Adamawa State chapter of Nigeria Union of Journalists (NUJ) said it had lost one of its prominent members.

“The NUJ regrets to announce the death of one of its members, Ibrahim Abdullazeez,” NUJ state Secretary, Fidelis Jockthan said in a statement, consoling members and asking them to await development regarding Abdulazi’s burial by Saturday morning.

Gunmen suspected to be Fulani herdsmen have killed a cousin of the Senior Special Assistant to Governor Rotimi Akeredolu on New Media, Gani Muhammed. The deceased identified as Dayo Ibiye was killed on his farm at Ajowa Akoko, Ondo State. Speaking to SaharaReporters, Muhammed said, “Three days ago, Dayo, who was my first cousin, went to his farm and met some Fulani herdsmen around the area, so he told them not to come towards his farm but to his surprise, they told him they would come to the farm and he would not do anything. This led to an alteration between him and the herdsmen. They warned him after that not to come to his farm again, that was three days ago.

“So today, he went to his farm. Before you know it, those Fulani showed up at the farm. The person with him, on sighting them, ran away. Before the police and other villagers could get there, he had been killed. We met his lifeless body on the farm.” Muhammed added that the remains of the deceased had been deposited at the morgue.

The incident happened a few weeks after the state governor, Rotimi Akeredolu, ordered herdsmen to vacate the state’s forest reserves within seven days. Apart from ejecting the herdsmen, the governor also banned underage grazing, night grazing, and movement of cattle within the cities and on highways. The issue generated an uproar and after a meeting with different stakeholders, Akeredolu asked herdsmen to register with the government so that they can operate unhindered in the forest reserves.

The police in Ogun State said the recent attacks on Fulani herdsmen’s settlements must stop henceforth.

Police threatened that kingpins, procurers and counsellors of the hoodlums who attacked the Fulani settlement in Igua will also be fished out to face the law.

This is coming barely four days after the popular Yoruba freedom fighter, Sunday Adeyemo (aka Sunday Igboho) visited Oja Odan, Igua and other communities to chase away those he called killer herdsmen.

DAILY POST reports that Sunday Igboho’s visit led to the burning of Sarkin Fulani of Igua’s house and a cattle market, even as the Ogun State Government said it did not request Sunday Igboho’s help in tackling the suspected killer herdsmen.

Reacting to the incident on Friday, the Ogun police command confirmed that “there have been some attacks in the past three days on herdsmen’s settlements in the State, especially in Yewa part of the State.”

Making a veiled reference to Igboho, the command said, “The attack on herdsmen’s settlements in Ogun State must stop now.” 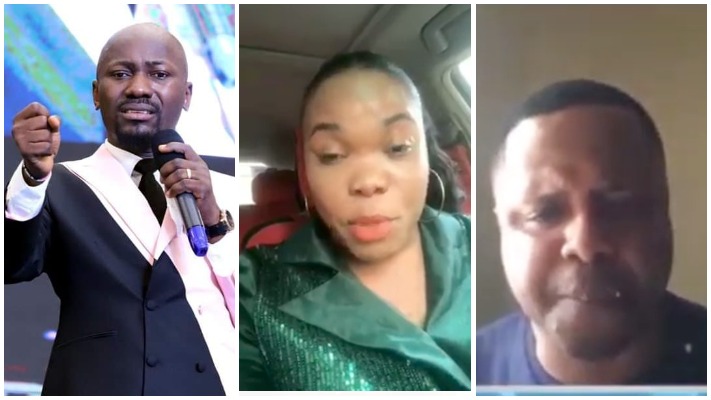 A former Pastor with Omega Fire Ministries, Mike Davids, has released an audio clip in which the General Overseer of the church, Apostle Johnson Suleman, is heard threatening to “make him disappear”.

Although The PUNCH could not independently verify the authenticity of the clip, the voice sounds like that of Apostle Suleman.

The audio clip was said to have been recorded during a phone conversation between Apostle Suleman and Davids shortly after Davids made a viral video accusing Suleman of sleeping with his wife, Pastor Faith Edeko, in the presence of their young daughter.
Both Suleman and Edeko have since denied the allegation.

In the recorded call which is about 42 seconds long, a voice which sounds like that of Apostle Suleman is heard threatening to make Davids disappear.

Apostle Suleman also curses Davids, telling him he will never amount to anything in life.

Suleman says, “I avoided you because of the way you talk but it is clear to me that you are possessed with a demon. The same thing that made me avoid you, you keep repeating them. You will die prematurely. God will punish you. Whatever you are looking for in this life, you will not get it.

“When I noticed it because I am very temperamental; my temper is not good. That is why I am telling you tonight. I will make you disappear.” 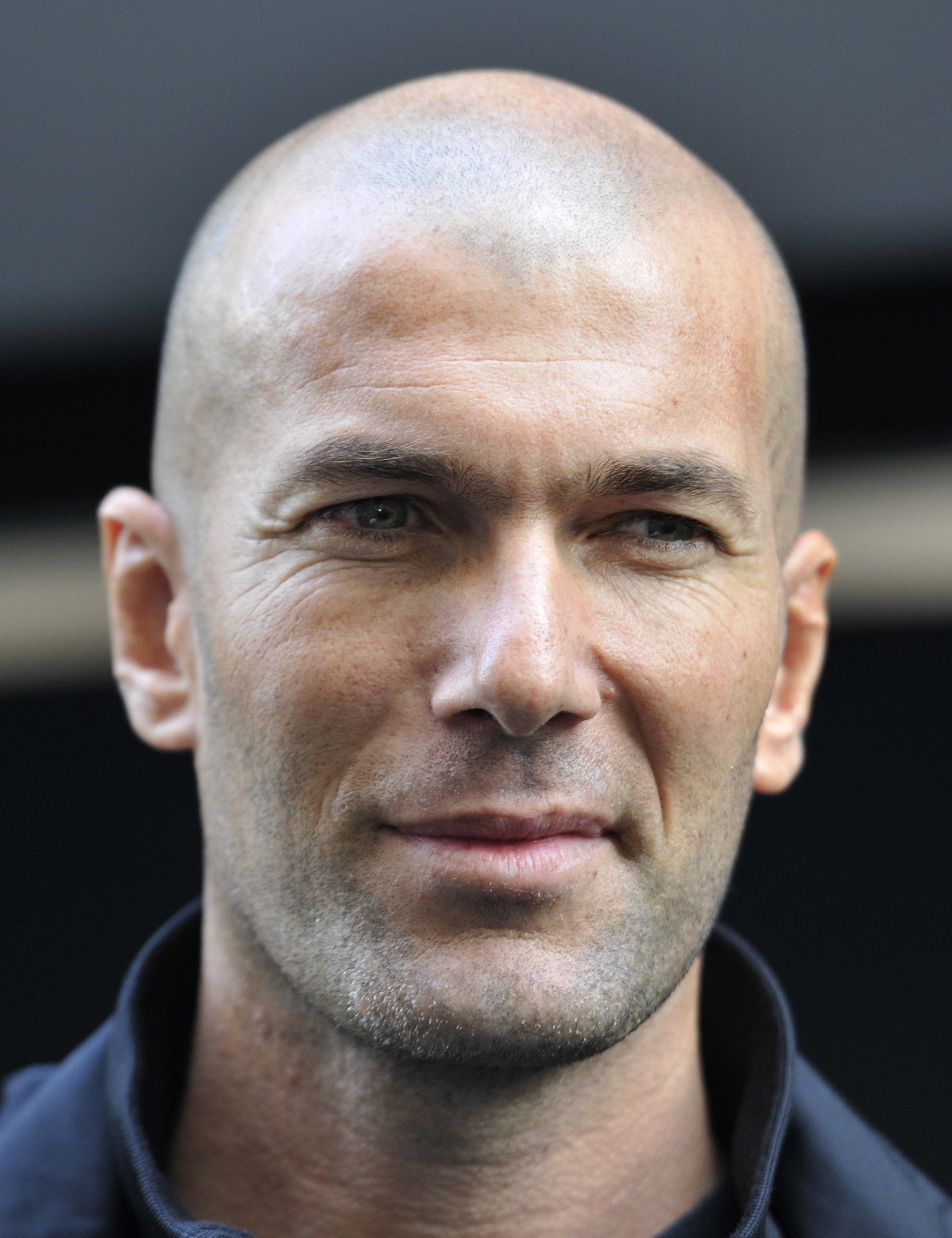 Zinedine Zidane said he was angry and asked for respect for himself and his struggling team on Friday in the face of continued speculation about his future, insisting he was not going to leave.

Real lost at home to Levante last weekend and travel to last-place Huesca on Saturday third in the table and 10 points behind leaders Atletico Madrid.

He said he was upset by renewed media reports that he is on the way out.

“I’m not happy, I’m angry, yes, because I don’t think I deserve this,” said Zidane.

“I’m very fortunate to be here and I’m going to make the most of it until my final day. Just because people want me to give up, it doesn’t mean I will, and the players won’t either,” he said.

“There’s talk about a difficult situation and we haven’t been fantastic lately but we’re eager to turn our fortunes around.

The Chairman, Board of Trustee (BoT), Coalition of Northern Groups (CNG), Nastura Ashir Shariff, and the National Coordinator of the group, Balarabe Rufai, have been arrested by operatives of the Department of State Services.

It was alleged that the CNG leaders had planned to hold a press conference and discuss how to issue quit notices to certain ethnic nationalities in the North.

Coalition of Northern Groups (CNG)
The coalition spokesman, Abdul-Azeez Suleiman and the Director, Aminu Adams, told journalists that the duo were picked up on the road on their way from NAF Club in Kaduna, the venue of a botched press conference on the “security challenges” in the country.

A statement issued by the coalition on Friday read, “We are still working to establish connection with them or trace where they were taken to. Both their phone lines have been unreachable for the past two hours.

“It may not be unconnected with a planned press briefing by the CNG at the NAF Club, Kaduna which security agents had prevented from holding.

“The Kaduna DSS director had called us earlier today and tried to threaten us against going ahead with the briefing. We stood our ground and insisted on our right to freedom of association and expression.

“A few minutes afterwards, we were called from the NAF Club and informed that they were ordered from above to refuse us the use of the hall.