Uyo—THERE was tension in Ikot Afanga community in Essien Udim LocalGovernment Aarea of Akwa Ibom State, yesterday, as hoodlums burnt another Police Inspector alive inside his house. It was gathered that the hoodlums stormed the compound of the police officer simply identified as Aniekan about 2:30 am, cordoned off the house and set it on fire while he was fast asleep.

This is the third time hoodlums are attacking police officers and station in the local government area. It would be recalled that on February 22, 2021, hoodlums attacked the police checkpoint at Ikpe Annang Junction, manned by operatives of the Quick Response Squad, QRS, and burned a Police Inspector alive inside a police van while others escaped. A resident of the area, who spoke on the ground of anonymity, said the killing might be connected with the victims’ role as a prosecutor in the detention and conviction of criminals. Another resident, Idaraobong Akpan, said: “We woke up this morning to see the charred remains of the Inspector buried in the rubble of his former house completely reduced to ruins as the hoodlums set his house on fire.

I believe it was deliberate.” The state Police Public Relations Officer, Mr Odiko MacDon, confirmed the incident, saying: “We are aware of the incident. It is quite unfortunate. We are yet to establish the remote and immediate cause of the attacks, but we will be able to establish that when investigations are concluded. “The Commissioner of Police, Mr Andrew Amiengheme, is deeply saddened and has consoled the bereaved family. He has ordered mass police operation in the area. It is ongoing now and hopefully, the culprits will be apprehended and I can assure you that justice will prevail at the end.” 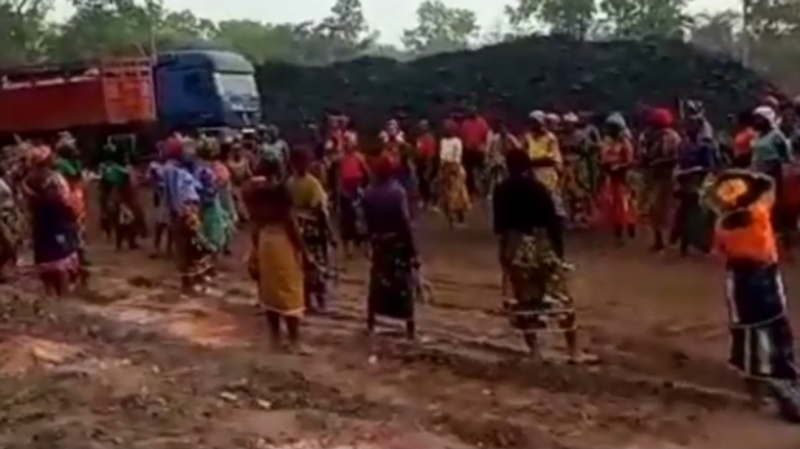 Like the Aba women’s riot of 1929 when the Igbo women could no longer endure some excesses of the colonial masters and organized a massive revolt against the policies imposed by the British administrators, the Owukpa women in Ogabadibo Local Government Area of Benue State have continued to draw the attention of the world to their suffering via their passionate and peaceful protest that has now lasted for more than seven days.

DAILY POST had reported that women in the community trooped out on March 23, to protest against the mining of coal deposit in the naturally endowed Idoma community (Owukpa).

The move was to suspend the mining activities owing to the negligence of the community by the miners, as their activities have allegedly exposed the community to unbearable hardship caused by environmental degradation amid lack of basic amenities like motorable roads, potable water, electricity and health facilities, among others.

The aggrieved protesters vowed to shut down the mining site pending when the community is equipped with basic infrastructures to alleviate their sufferings.

The protest, after seven days took another turn on Sunday when the aggrieved protesters thronged the mining site, raining ‘dangerous’ curses on corrupt leaders and other stakeholders who allegedly connived with the miners by taking bribes at the detriment of the community.

The women who stormed the site with green leaves as part of a ritual to make their curses productive declared that whoever embezzled money meant for the development of the community and secretly working with the miners at the expenses of their general interest should quickly make restitution or should face the wrath of God.

According to them, “any man or woman who has embezzled funds meant for the development of this community should come out and confess.

“We have been here suffering for the past seven days, even when the miners agreed to offer us money, we rejected their offer not because we are not poor and don’t need the money but for the growth and development of our community birthed by the love we have for our home.

“Whoever goes behind to receive any money from these miners should be humiliated by God”.

They subsequently buried a potion of the sand in the mining site as part of ritual to neutralise plans of the evil ones.

A member of the community, Ene Ogwuche who spoke with DAILY POST correspondent, lamented the level of hardship in the land despite its endowment.

She said: Owukpa is one of the most naturally gifted communities in Benue State with very fertile land and mineral resources both discovered and the ones yet to be discovered.

“But ironically, the community happened to be the most abandoned in the state.

“We have no single social amenity to point to. All we have are dilapidated primary school structures that are no longer functioning.

“Most times we go to our neighbouring state, particularly Enugu to get medical attentions.

“Many people have died of curable diseases due to lack of health facilities.

“We fall sick easily because we have no potable water. The entire community live on water from the stream.

“We trek for miles because we have no road and these factors make us sick very often, yet we have no hospital where we can receive treatment.

“No road network to allow traders into the community to patronise our farm produces. We produce and we sell to ourselves, yet the miners cannot help us, even to fix the roads they are using to transport the coal.”

Owukpa coal is being mined by the Owukpa Consolidated Mines. It’s not yet clear those fronting the company.

Effort to speak with the site managers and the engineers failed as their mobile lines were turned off.

Recall that Governor Samuel Ortom of Benue State had in his wisdom set up a committee to look into the matter, but the resolution from the committee had not been made public before the miners returned to site.

DAILY POST made an attempt to reach the Governor’s media team but the effort failed as the CPS, Terver Akase was said to be at an event.

Our correspondent gathered that stakeholders are making effort to reach the government on time in order to resolve this matter before it degenerates as the youths are threatening to embark on another protest in order to stop the alleged illegal activities of the miners. 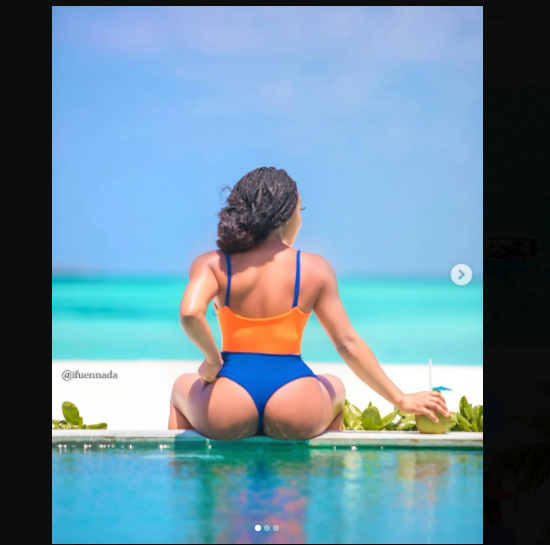 Reality star, Ifu Ennada took to Instagram to share these sexy swimsuit photos of herself and was pictured flaunting her backside for the camera in one of the images. 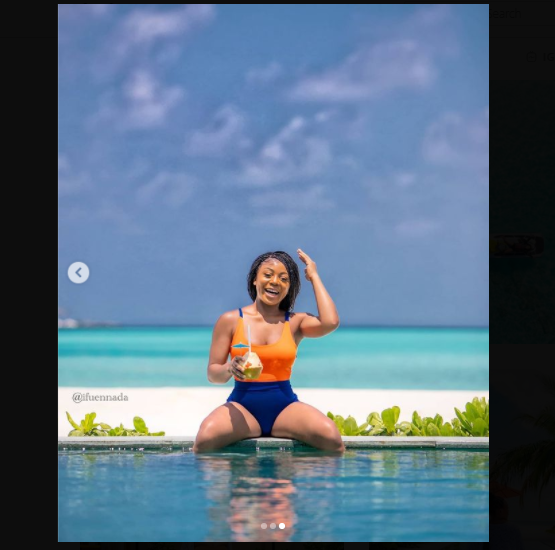